Kai Huckenbeck with a wild card in SEC 2018

It's the last wild card before the start of SEC 2018 series. Time for a rider, who has already had some solid performances in Speedway Best Pair series. Member of a national team, who's been fighting to popularize speedway in Germany. SEC 2018 fantastic line up, joined by Kai Huckenbeck!

Kai Huckenbeck has been going up in country's hierarchy when it comes to top riders, seen as successor of Martin Smolinski. In 2011, got the Germany's top junior rider title, which made a clear statement: "watch out". In his private life, Huckenbeck is a very modest guy, however it all goes down when he's at the track, fighting till the very last meters.

Presented himself in front of a broader audience, for the first time in Speedway Best Pairs 2016 series. Back then, he was representing ambitious City Team, having Erik Riss and Tobias Kroner as his partners. On March 25th, 2017, Motoarena in Toruń witnessed a very effective Huckenbeck's racing, who got 9 points and defeated guys like Antonio Lindbaeck and Adrian Miedziński. As it turned out later - it was not a single shot. One had to be aware of German rider also in Gniezno, where way more experienced riders had to watch Kai's back.

Definitely, one of Huckenbeck's favourite venues is Güstrow. In 2016, he was third in the German round of Speedway Euro Championship, which made the crowd super happy. On July 15th, 2017, German rider, once again started in SEC series, which he'll be part of this year, and it was a great move by the organizers. He gathered lots of fans to the stadium and returned with fantastic racing. Ultimately, he was only inches away from the podium. In the race-off heat, after a phenomenal start, Huckenbeck couldn't hold his bike, fell and got excluded.

However, a big chance to prove his value comes in the rivalry with the Europe's top. Who knows, maybe it's the last of wild card's holder, who will make a surprise and fight for a medal? 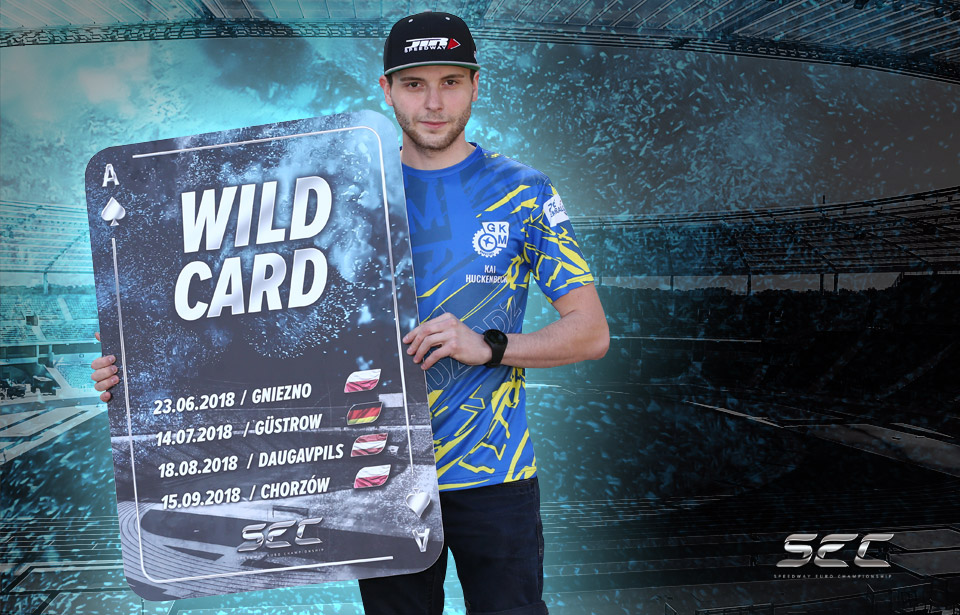 The bronze medallist of the last year's series, Patryk Dudek scored maximum (18) and led Apator Torun to the important win against GKM Grudziądz.

Take a look how the riders, who will start the battle for the Individual European Championship trophy on the upcoming Saturday, score in the last weekend's meetings in the Polish leagues.

Anders Thomsen won the fifth round of SGP, which was held in Gorzów on the last Saturday. As always, TAURON SEC riders played importants roles, Patryk Dudek and Daniel Bewley who finish the meeting in TOP 5.

In this year's Individual European Championships will appear four representatives of Poland. Two of them secured their spots a year ago, one got promoted through SEC Challenge in Krško, and the last one received a permanent wild card from the organizers. How will polish riders perform in TAURON Speedway Euro Championship 2022?

TAURON Speedway Euro Championship will start on July 2nd in Rybnik. This year's lineup includes four riders, who didn't have a chance to compete in SEC as the permanent participants yet.

Fantastic days for Rasmus Jensen. On Saturday he won a promotion to the TAURON SEC series and yesterday he became the Individual Champion of Denmark.

This year's TAURON Speedway Euro Championship series will begin with the final round on July 2 in Rybnik and will traditionally consist of four rounds (the only exception to that was the pandemic season of 2020 when five rounds were played). We have just learned the name of the rider who will start in these competitions with a one-time "wild card".